Bundle your home and auto insurance. Bundle your telecommunications services. Bundle your spa services. Whatever it is that consumers want most, it can be bundled. Yet, who would have thought that this marketing strategy would reach into funerary services​? It seems odd, at first, but given everything else you can bundle, it is not that odd after all. Here is how this marketing trend has entered the world of funerary services, and how you can benefit.

At one time, you would go to a funeral home and request a funeral service, a body pick-up service, and hearse service. If you were lucky, your funeral home of choice also offered an opportunity to view and purchase caskets, coffins, and urns, but not all funeral homes offered this service. If they did not, you had to go to a separate seller for that. Then you had to visit a gravestone store to pick out a gravestone and have it chiseled for the deceased, or request your stone in advance to your own funeral.

Enter the bundling era. Now funeral homes watched as other companies bundled similar services for discounted prices. Funeral home directors, who were already promoting advanced funeral planning and directives packages, had an "Ah-ha!" moment, and complete funeral packages were "born." Now, you can get everything from the wake you want to the flowers and cemetery plot you want, all by enrolling in a funeral home's bundled services.

Funerals are the third most expensive thing you will ever have to pay for in life, er, death. The average funeral costs between six and ten thousand dollars. If you do not pay for your own funeral in advance, your spouse or children are left with that cost. The government's death benefits do not help, either, since the government only pays less than three hundred dollars upon your death. That is the cost of a pine box, period.

Thus, funeral homes offer funeral packages. This allows you to plan ahead, remove the final expenses from the shoulders of your loved ones, and benefit in a much less expensive way. When you "bundle" your funeral costs, funeral homes give you discounts, such as a no-cost wake service, or a percentage or dollars-off price on a casket of your choice. Additionally, they offer financing so that you can gradually (and monthly) pay off this final expense before it ever happens, or at least reduce the cost for your family. 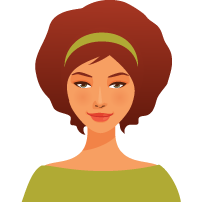 Hi there, my name is Aislen Filick. Welcome to my site about funeral home services. When I lost my granny, I was unable to function as well as I needed to while planning the final services. The assigned funeral director gave me the support I required to finish the process. I received help picking my grandmother's casket and burial plot, writing the eulogy and planning the slideshow. The funeral home even handled creating the memorial cards. I will use this site to discuss all of the ways funeral directors make the planning process easier on grieving families. Thanks for visiting my website.

Who's The Best Person To Conduct Your Loved One's Funeral?
21 March 2022
A loved one's funeral needs an order of service, and funeral homes are able to help you put this together. It's essentially a running order of the ser …

How A Funeral Home Can Help You Plan A Funeral Memorial
6 January 2022
Funeral planning can seem almost unbearable at a time of loss. Many people don't even know where to start, and that's normal. While there are various …

Funeral Pre-Arrangement Plans: The Solution For A Smooth Transition
26 October 2021
When you think of an important event that celebrates or honors someone such as a wedding, anniversary, graduation, or the arrival of a new baby, you l …